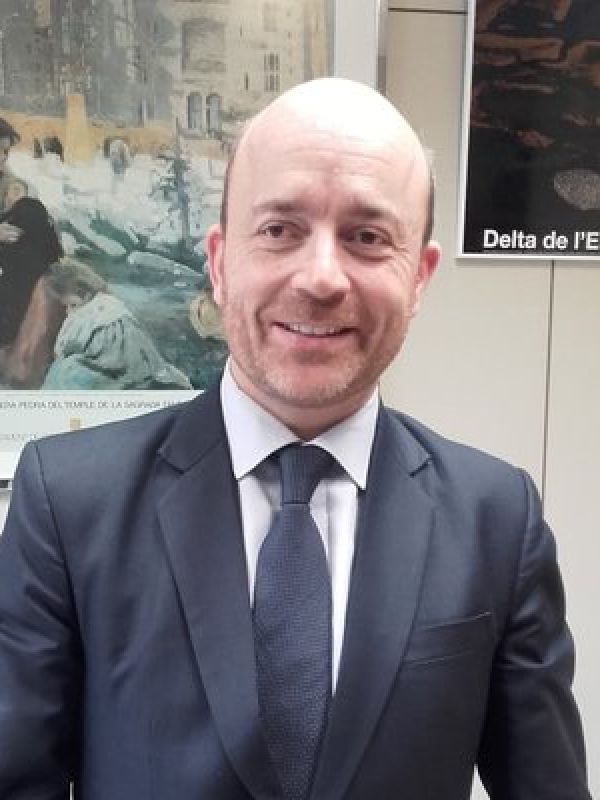 He began his professional career in the financial sector (La Caixa and Bank of Small and Medium-sized Enterprises). Since 1990, it has been active in the tourism sector. First, between 1990 and 2001 in the RACC, creating and organizing the tourism and leisure business line (retail, wholesale, 24-hour agency and telephone office). Later, between 2001 and 2005, as manager and administrator at ADD Viajes Corporativos, agency specialized in incentive trips, conventions and congresses owned by the pharmaceutical group Lacer. Deputy Director General of the Turisme de Catalunya Consortium from 2005 to 2009 and Deputy Director of the Catalan Tourism Agency from its creation in 2010 until 2013. He is currently its Executive Director. He contributed to the establishment of the Catalan Tourism Agency and has actively promoted the definition of two Strategic Tourism Plans in Catalonia (2005-2010 and 2013-2016) and coordinated the definition of the first Catalan Tourism Tourism Plan (2013-2016). He was permanent secretary of the Foundation of the Universitat Oberta de Catalunya (UOC) and patron from 2009 to 2011. He has been a speaker and organizer of different symposiums, seminars, conferences and forums dedicated to tourism and its marketing. He has been an associate professor at the Universities of Barcelona, ​​ESADE, Universitat de Lleida, Universitat de Girona, Universitat Rovira i Virgili, University of Paris-Sorbonne and University of Cartagena de Indias. Since October 2015 he has chaired NECSTouR representing Catalonia (European network of sustainable and competitive tourism based in Brussels, with 32 regions and 37 partner organizations).