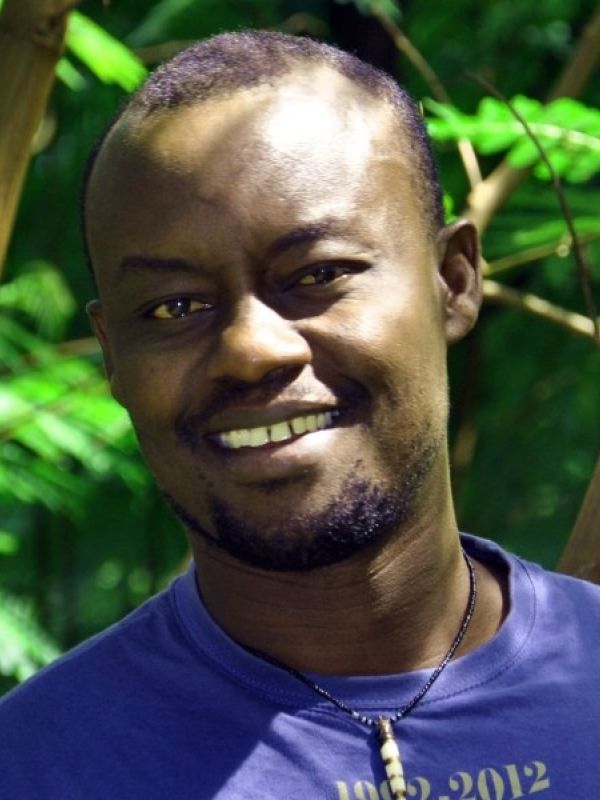 William Shakespeare said that some people are born great; some achieve greatness while some have greatness thrust on them. The bittersweet journey of life through which Greg Bakunzi, the managing director of Amahoro Tours and founder of Red Rocks Rwanda in Musanze has travelled sums up the truth behind the Bard’s second view: some achieve greatness. From a humble but sometimes tortuous beginning, Bakunzi has now founded four companies, and is also a leading voice and activist in environmental conservation together with community sustainable development. Bakunzi also is a cultural icon; particularly through Red Rocks Rwanda initiatives geared towards uplifting the socio-economic lives of local community around Nyakimana village through ever widening programs like basketry, weaving, pottery, traditional music and dancing among others. Born in a refugee camp, Bakunzi educational odyssey has had its fair share of twists and turns. He first studied for seven years but he was forced to drop out of school due to vicissitudes of a refugee life. But like the phoenix rising from the ashes, after dropping out of school, Bakunzi later joined high school (mention the name and where). Bakunzi has evocative memories of some of the time he was living in the refugee camp when growing up. But those sad, hard knock memories, instead of dampening his spirits and consigning him to nothingness, instead served to spur him to discover the true meaning of his life, and have made him what he is today. Bakunzi’s parents had no any background in education and he does not know the date or the exact year he was born. But through his resilience and fortitude to beat all odds stacked against him, he first ventured into the tourism industry as a tour guide in 1999, with scarce knowledge about the rubrics of the industry. Little by little, he gained tremendous experience and later found his flagship tour company, Amahoro Tours that has established reputation as one of the leading tour companies in Rwanda. From this, others like Red Rocks Rwanda, where Bakunzi bought a dry patch of stony land in Nyakimana village and transformed into an attractive intercultural exchange center were established. Coming up with different life-changing initiatives has been a key component to Bakunzi’s nature of doing business but even though life is always like a magic carpet, where sometimes it takes you to the highest of the mountains, and sometimes to the deepest of the seas, Bakunzi believes that life is worth living, no matter the situation one is going through.