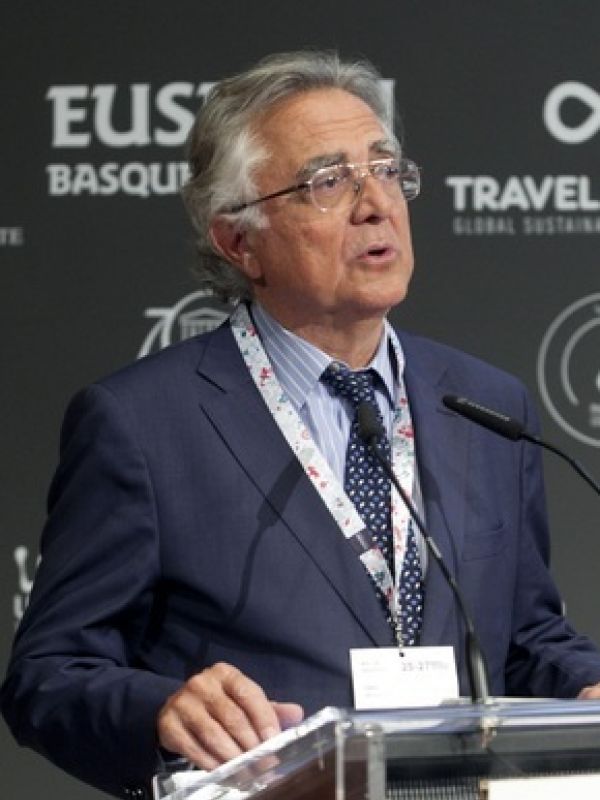 Tomás de Azcárate y Bang holds a degree in Biological Sciences from the Complutense University of Madrid, with a Ph.D. in Biological Sciences from the same University and a Master's Degree in Senior Business Management from the I.N.S.E.A.D. of Fontainebleau. He has been President of the International Council of the Man and Biosphere Program (MAB) of UNESCO, Chairman of the Advisory Council of Biosphere Reserves of UNESCO, President of the Spanish Committee of the Man and Biosphere Program of UNESCO, Director of the UNESCO Ecology of the Canary Islands of ICONA (National Institute for the Conservation of Nature), Executive Delegate for the Environment of the Conference of Peripheral Maritime Regions (CRPM), Managing Director of the Environmental Management Company EGMASA of the Junta de Andalucía, President of Environment Agency of the Junta de Andalucía, Secretary General of the Permanent Delegation of Environment of the Assembly of Regions of Europe, President of the Board of Doñana National Park, Deputy Director General of Protected Natural Areas and Wildlife of the Ministry of Agriculture and Fisheries, Vice President of the Teide National Park and Director of the Dialogue "Tourism, Cultural Diversity and Sustainable Development" of the Universal Forum of Cultures Barcelona 2004. In 2003 he was awarded the Andalusia Environmental Award (2003). Besides being President of the International Association of Friends of Biosphere Reserves (UNESCO), in 2017 he was awarded the "Importante del Turismo" award from Skål International.